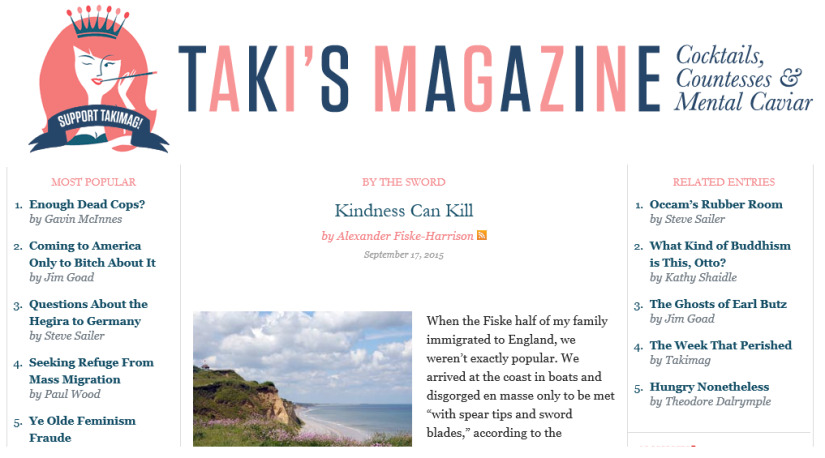 My latest contribution to my column, ‘By The Sword’, for Taki’s Magazine is out now. It concerns the current refugee crisis in Europe, but goes as far back as the Viking invasions of Britain, with reference to the epic Old English poem the Battle of Maldon, and beyond that to the Christianisation, decline and fall of the Roman Empire. It is also a paean to realpolitik and how to actually save lives, rather than make public displays of one own virtuous emotions while decrying the viciousness of others. To promote feeling above thought and then parade it in public is infantile narcissism, pure and simple.