(The full length and slightly edited version can be found by subscribers at The Telegraph online here.)

Since the beginning of the novel coronavirus pandemic I have written in these pages about the European countries in which I have suffered their various countermeasures.

I witnessed Marines patrolling the streets in one of the hardest lockdowns in Europe, Spain, where I ran a half-marathon inside a small apartment in an attempt to stay sane and fit while they locked their physically vulnerable elderly and psychologically vulnerable children away from all sunlight and exercise, despite the measurable protection these two factors offer against the virus.

I returned to England when I was allowed, and was invited to bear witness to the catastrophic collapse of the hospitality industry, with hotels and restaurants desperately trying to outweigh the off-putting countermeasures of the odour of bleach, enforced hand-sanitisation, masks, and social-distancing, by practically begging customers – and travel writers like myself – to visit. 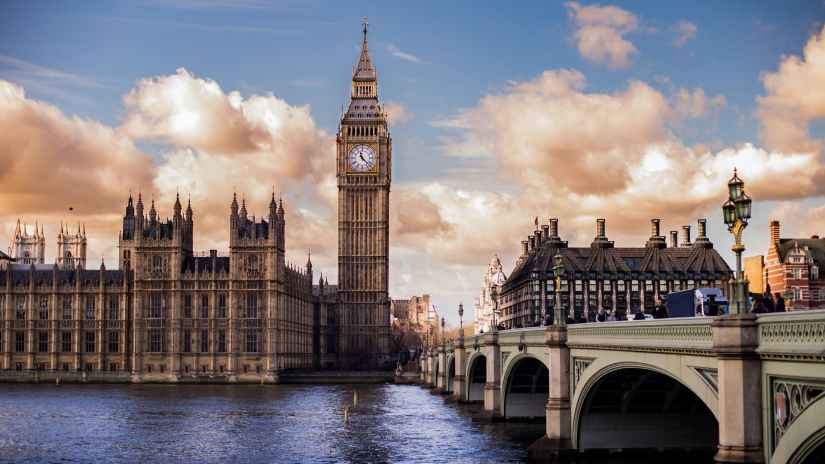 (Thank you to the lovely Gilbeys Restaurant & Townhouse in Eton, the splendid Old Parsonage Hotel & Grill in Oxford, the comforting The Winning Post pub in Windsor Great Park and the splendour of Mossiman’s at Guards Polo Club – I hope you all make it: you certainly deserve to.)

Seeing the second lockdown coming like a sailor watching the wind moving across the water, and in search of an escape, I spoke to friends in Paris where I used to live but they had had it harder than Spain. And, while the Swedish experiment looked to me like an extraordinarily brave idea which may well work in the long run, I have neither friends nor family there with whom to enjoy the liberty.

In Austria, on the other hand, I had both, and there, after a short ,sharp lockdown, they had stalled infections by some mysterious alchemy (probably called “summer”) and were one of the most open countries in Europe. What’s more, where they did impose measures, it was done in a calm, non-judgmental manner, with healthy debate on both sides allowed.

[Note: here my article, as published in The Telegraph, differs most noticeably from the below. This was a no doubt wise editorial choice, but here I go with my original, much more complex – and differently sourced – line of argument. The published version is available to Telegraph subscribers here – AFH.]

One of my first findings on my travels, was that it is very hard to actually gauge how the measures in these different countries feel unless you have lived under them, which, for obvious reasons, most people have not.

The best attempt at putting numerical values on each measure and then comparing them in a vaguely scientific manner is the Corona Government Response Tracker of the Blavatnik School of Government at Oxford University. However, even when limited to their estimation of the stringency of government response for the handful of countries mentioned above, the graph is hard to read. 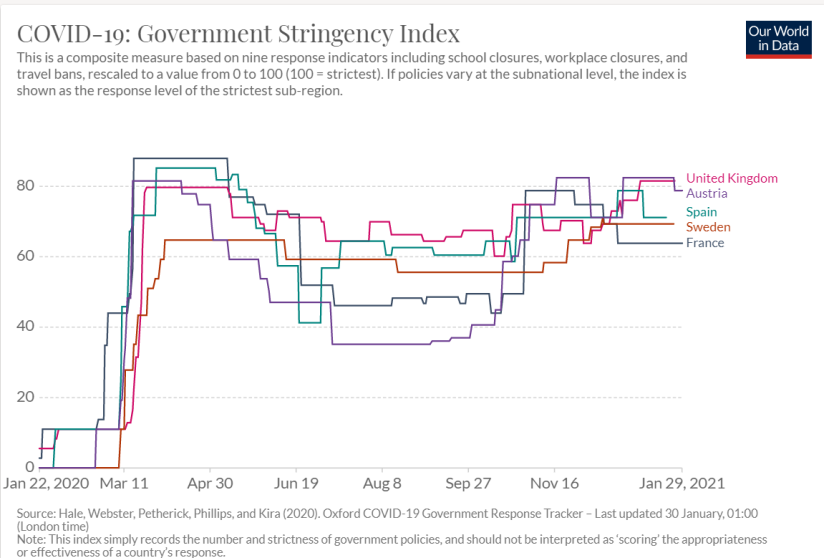 However, if you unpick it, it goes from messy to odd: does anyone really believe France’s authoritarian reaction, where one had to print out certificates to open one’s front door, was even vaguely similar to that of Sweden’s, where life appeared unchanged? Yet observe how similar their graphs appear. 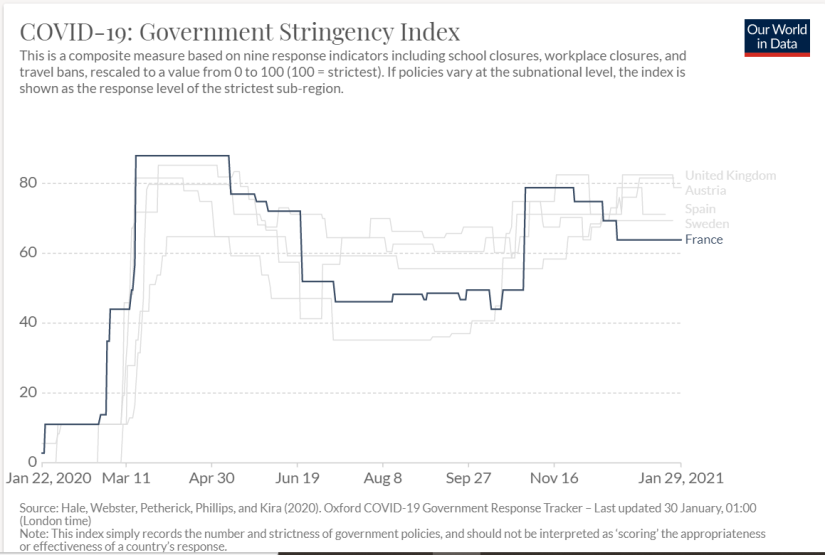 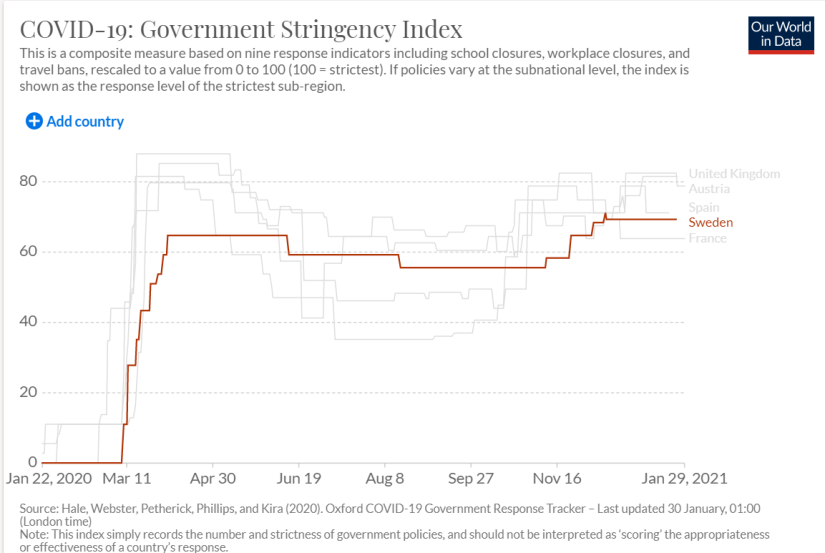 When you average them out the two countries practically merge.

However, perhaps there is something to the work of these social scientists, as on the most concrete of data sets, deaths per capita from COVID-19 – and even that has problems – France and Sweden stand adjacent to one another, ranked 22nd and 23rd respectively. Meanwhile, the UK stands at 5th, Spain at 16th and Austria at 35th.

Which brings one to the question of the effectiveness of these countermeasures, and the ethics and politics – and legality which is what bridges those two fields – of imposing them.

Also, let us not forget efficacy.

One reason Austria feels like lockdown-lite is that they employ around one third of the police per capita that Spain does, and that’s even before they called in the Armed Forces.

Recently leaked emails from within the Swedish government’s epidemiology department show that much of their decision to seek – or, as they might rather phrase it, “not seek to avoid” – herd immunity  was as much as anything the combination of lack of constitutional authority, lack of enforcement capability, and lack of belief people would accept the measures, i.e. efficacy.

Until May 1st, the rest of this article can be found only at The Telegraph online here.