We wake today in our village of Jimena de la Frontera – a full month into lockdown – to the news that the social democrat Prime Minister is planning to extend confinement by another month, while his hard socialist deputy has called for nationalisation of everything up to the coronavirus itself. We live, as the Chinese like to curse, in interesting times.

That same deputy’s criticisms of the Spanish Head of State, King Philip VI, for wearing military uniform in his rather dignified public appearances as Commander-In-Chief of the Armed Forces were ill-advised, though, with even left-wing allies pointing out that their own communist heroes – Che Guavara, Castro, Chavez and Maduro – were wont to adopt the same fashion, although normally to a far darker purpose than Spain’s constitutional monarch.

Along with the announcement of prolongation, they spoke of a loosening of the lock-down. For example, one can now exit one’s habitation to purchase a “necessary” pizza from the takeaway, rather than just its equally “necessary” frozen cousin from the supermarket. Personally, this writer finds this hardly a loosening of the manacles. And if anyone doubts the reality of those restraints, the view from the balcony of the Spanish Marines questioning anyone leaving buildings on my street is quite clear.

The unnecessary presence of these armed servants of state, and the unnecessarily rude and confrontational manner of their interrogations of perfectly legal movements, is a misguided burden to both them and the populace they serve.

My fiancée Klarina has been questioned every single day of this quarantine, by the police, the paramilitary or the military, about where she is going, and gets a tired nod in answer to her statement of “to prevent my 12 horses from starving to death.”

When she had to go three times in one night to visit a gravely ill polo pony, Estellar, whose colic from a displaced intestine was at critical levels, they tried to refuse her passage at 2am. Luckily, she did not back down and managed to keep the poor horse walking until by some divine intervention, in the veterinarian’s words, the animal pulled through.

However, Klarina’s heavily pregnant mare, Marilyn, often unwatched since all other staff were sent home and we live 20 minutes from the corrals, did not fare so well and was horribly maimed and almost killed by a brutal birthing. The eagerly awaited foal was not so lucky. Nor was another, also born in the dead of night, who was found cold and starving in the morning.

Our new charitable fund, Equine Oprhans, has not yet been activated as we cannot collect new horses, but has never been more necessary. The British newspapers may be saying this could be the worst crisis since 1709, but in Spain the comparison is with the 1650s, when economic collapse and plague – another one – reduced the population through death and emigration by 12.5% to a mere 7 million.

Of course, we do not spend all our time moaning about our chosen life in Spain. The rest of the time is spent reading, playing poker, backgammon and chess and, when that wears thin, watching Netflix and Amazon Prime. Although nothing lasts long before the yoke is felt once again.

While watching Kenneth Branagh’s excellent adaptation of Agatha Christie’s 1934 novel, Murder On The Orient Express, Willem Dafoe’s character, an Austrian professor of engineering, was overheard by my Austrian better half saying, “It is science that will win back for Germany her pride.” Which led to an yet another conversation about the peculiar goings-on here in Andalusia. Recently, in Seville, the Army had to be sent in to break up gypsy gatherings where a quasi-Christian black magic cult was praying in the street to hold the contagion at bay. 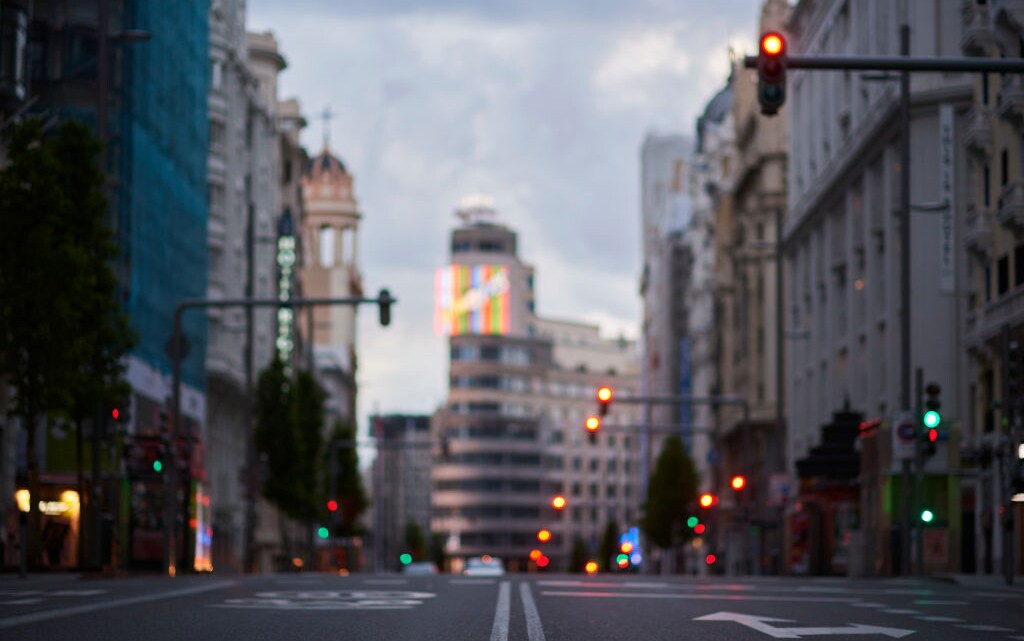 Just as Spain is refining its knee-jerk reaction to popular fears, Europe’s only research scientist-led country, Germany – Angela Merkel was a physicist – is looking to remove lock-down measures altogether. At the same time that German virologists publish in the most epidemiologically complete case study, the town of Heinsberg, that all infections came from prolonged contact in enclosed spaces, especially where dancing and singing occurred – direct exchanges of firm touch and heightened breath, rather than sharing table-surfaces, glasses or door-handles – Spanish veterinarians were telling people to wash the paws of their dogs after they walk them in the street.

If ever proof were needed that trained medics are not scientists, there it is, and, one suspects, in the mass deployment of face masks that become impregnated with virions for later reuse and reinfection and are also completely permeable to Covid-19 when sodden with the sweat or rain that alternate here in sequence.

It is those same German studies which have given the one true ray of hope, which is that the mortality of the virus is around 0.37%, less than a tenth of the 4% figure people like to bounce around on social and traditional media, citing the deeply questionable WHO. Why aren’t British journalists looking to our own per-review medical journals, like The Lancet and British Medical Journal, whose overview articles conclude it is less than 0.99% at the most?

Anyway, extrapolating up from deaths with that rate, if around 12% of Spain already have or have had the virus, perhaps an end is in sight. Although what that end will be is a more profound question, for this Spanish government is performing, if unwittingly, one grand piece of scientific enquiry.

For what will be the largest medical experiment in the social history of Spain, they have taken 47 million people of whom 80% were practically immune to the disease, then deprived them of all exercise, sunlight, normal healthy variety of nutrition, and to top it off added the immunosuppressive effect of massive stress due to loss of livelihood. Soon they will be forced by lack of money or out-and-out rebellion to re-release them back into the wild.

Let us see how they fare against the disease then.