I’m moving the bullfighting portion of this blog onto a new site, ‘The Last Arena’, because my work is returning to its pre-Into The Arena diversity, however, until then, it will be a rum mix. Now, Marlon Brando had nothing to do with bullfighting and his only remark on it was to Playboy magazine in an interview with Lawrence Groebel (reprinted in Conversations With Brando):

PLAYBOY: What else offends you?
BRANDO: Bullfighting. I’d like to be the bull but have my brain. First, I’d get the picador. Then I’d chase the matador. No, I’d walk at him until he was shitting in his pants. Then I’d get a horn right up his ass and parade him around the ring. The Spaniards don’t think anything more of picking an animal to pieces than the Tahitians do of cutting up a fish.

That said, he does look remarkably like the matador José Maria Manzanares…

Anyway, when I trained as an actor, it was at the Method acting school The Stella Adler Conservatory in New York, which not only boasted had Marlon Brando as a alumnus, but, while I was there, he was its chairman.

The only word to apply to Brando in terms of his art, which was performance on film, was genius. At the time I was obsessed with acting and so I was fascinated by him. I am not alone in this, amongst actors, no one is rated more highly, as Jack Nicholson  -who provides the title quote to this post – put it in an article on his friend and neighbour in Rolling Stone magazine,

So I mean it when I say that if you can’t appreciate Brando, I wouldn’t know how to talk to you. If there’s anything obvious in life, this is it. Other actors don’t go around discussing who is the best actor in the world, because it’s obvious – Marlon Brando is.

When the filmmaker Stevan Riley, with whom I was co-producing a documentary on the Spanish bullfighter Cayetano Rivera Ordóñez, said that he was not only making a feature on Brando, but had been handed his previously unheard audio diaries, we began a series of conversations which led to me becoming consultant on the film, titled Listen To Me Marlon, and produced by Universal Pictures in collaboration with Academy Award-winning producer John Battsek of Passion Pictures. 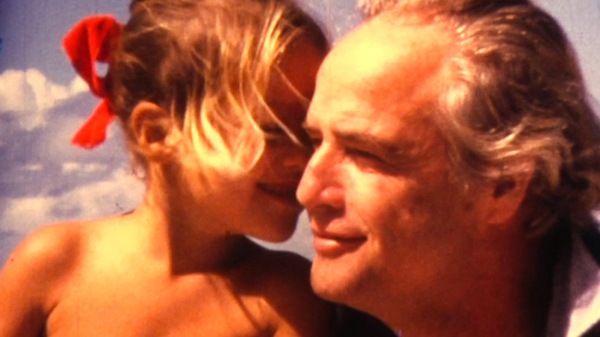 The film is in the official selection at the Sundance Film Festival 2015, which begins next week. Screening details are on the festival website here. As Rolling Stone says of the film it lists as “must-see”,

He played Mafia dons, dockworkers, sensitive brutes and Superman’s dad; now, filmmaker Stevan Riley gives audiences the man himself, Marlon Brando, in his own words. With narration provided by tapes of the actor speaking about fame, his craft, and his eventual hatred of both — as well as, you know, his movies — this doc compiles lots of private footage of the Method man at work and at home. You want Brando Confidential? Fine, you’ve got it.

Not all artistic geniuses working in film were anti-bullfighting. Orson Welles trained as a bullfighter when he lived in Seville for several months in 1932 aged 17, was a lifelong aficionado and friend of the matador Antonio Ordóñez. It is at Don Antonio’s home, El Recreo de San Cayetano, that he had his ashes interred.

The ranch now belongs to my friend Cayetano Rivera Ordóñez – about whom Stevan and I are making our next film – along with his older brother Francisco. Both were matadors, following in the footsteps of their father Paquirri, who was killed in the ring in 1984, their grandfather Antonio Ordóñez, and great grandfather ‘El Niño de la Palma’, the model for the bullfighter Pedro Romero in Ernest Hemingway’s first novel, The Sun Also Rises (published under the title Fiesta in the UK.)

In fact, myself, Cayetano, Francisco and Beatrice, Orson’s daughter, are currently arranging the centenary of Welles’ birth, hopefully taking in the feria of April in Seville, the Málaga Film Festival – where Beatrice and her father lived during her childhood – and a dinner at the finca on his birthday, May 6th.

Hopefully we can be joined by Ernest’s grandson John Hemingway to complete the historic circle. We may even be able to tempt the Rivera brothers to return to the ring to celebrate… (Beatrice and John both contributed to the book which I co-authored and edited, along with the Mayor of Pamplona and the legendary runners of bulls Joe Distler, Julen Madina, Jokin Zuasti and Miguel Ángel Eguiluz, and photos from EPA veteran, Jim Hollander, Fiesta: How To Survive The Bulls Of Pamplona.)

P.S. There is a post-script to this above.